Bitter Interactions in a Beautiful Place 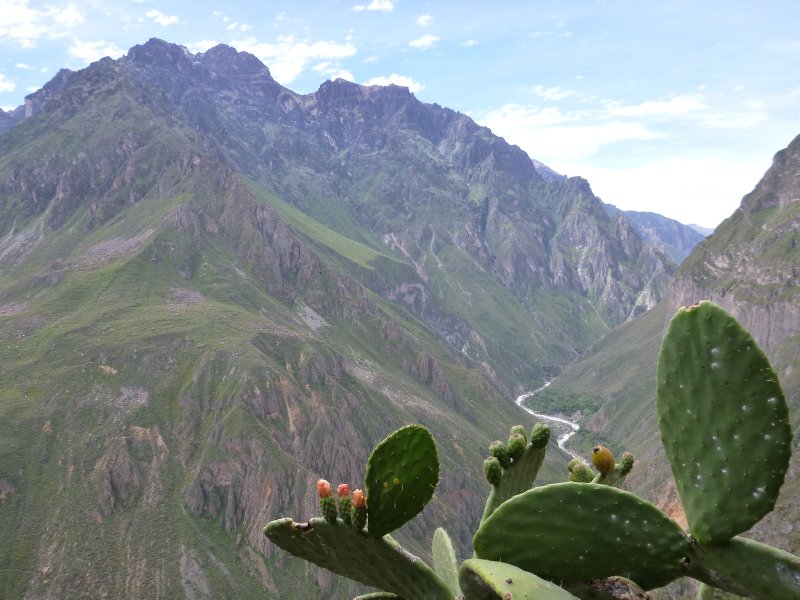 Yet again, we've found ourselves in another country for longer than expected, but unlike Ecuador, our prolonged stay cannot be chalked up to enchantment for the country. Sure, there is endless to do and see in Peru and every region is certainly unique in its culture, history, climate, and indigenous population. Unfortunately, however, the common thread we've experienced is the degraded, cheap and saddening interactions we've had with so many people here. Beyond rudeness, we have encountered a downright meanness that I have never before experienced in Latin America.

Upon arriving to Peru, about 7 weeks ago, we crossed the border and stopped for a simple breakfast. The woman who worked at the restaurant was cold and proceeded to overcharge us with no explanation although 2 of us spoke Spanish. Our second meal in Peru, at the market in Chachapoyas, was served in a likewise manner, with the woman literally snarling at us as we ate. I brushed off both instances, as I has been forewarned about the less-than-friendly way foreigners are greeted in Peru. As we pressed on, however, we have been disappointed to find that we have been constantly lied to, taken advantage of, and disrespected. I don't know that I have ever felt so dehumanized in all my travels.

The change in attitude we have encountered, between other countries and Peru, is certainly related to the fact that we've had less volunteer opportunities here, and so have been regular tourists for longer stretches of time. I've been yearning for settling into a volunteer project run by Peruvians, but the opportunity has not been there: unfortunately, thousands of people pay thousands of dollars a month or even per week to come volunteer in Peru, making the options for volunteer work, in its purest sense, very slim. The willingness of so many foreigners to pay exorbitant sums to volunteer here only feeds the sense that foreigners are made of money and nothing else.

Another difference that has impacted our experience here is that we have had fewer opportunities to participate in the CouchSurfing network in Peru, which has left us meeting fewer Peruvians in the friendly, altruistic way that one meets people through CouchSurfing. Still, it is important to note that many people who have put themselves on CouchSurfing in Peru are actually trying to charge people to stay at their homes, which of course, runs counter to all that CS stands for.

A number of instances have left me near in tears as people demand money for no apparent reason and I battle to be left alone. You have literally to say “No me engaña” time and again when making purchases, because most everyone we encounter during exchanges seems to be looking to take advantage in any way possible. Taxi drivers attempting to charge double rates after you've just learned their childrens' names on the ride, waiters who will add 10 soles to your bill for no reason and after correcting them will short you 10 soles in change, women at the market who will add 4 soles to your total unless you stop them: The result has been my complete loss of trust in the people here and near constant suspicion in my interactions with them. I can only expect to be lied to at this point, and I have been made to feel like I am constantly defending myself.

So why are we still here? Well, a change of travel plans and a steep tourist visa for Bolivia has made
Peru the best option for us for now. Further, the difficulty with leaving has been that we have still hoped to see all of the wonders that Peru's tourist industry has roped off and charged up to 18 times more for foreigners than nationals to visit (Compare to Ecuador where Presidente Correa has made all national parks free to the public, whoever the public may be!).

Other travelers we have met making their way through South America have expressed similar sentiments about the people here- quite a few of them actually decided to pass through the country as quickly as possible to make it to friendlier lands, Ecuador or Bolivia. One Spanish man pinpointed that he never once felt like anyone was actually listening to him here. Questions are often met with a dirty look or no response at all. While I speak the language, the people here have put up a barrier in communication that is often impossible to break through.

So, tourism. Does it totally annihilate people's ability to treat others as people and not just a credit card? We hate it and fuel it all at the same time. But while I have visited the pyramids of Giza and the Vatican in Rome, I have never felt so disoriented by the way tourism has totally ravished daily human interactions with foreigners. I can only hope that the parallel relationship between the amount of tourism and the amount of cheating, lying and dehumanization is not universal.

Every year here, thousands of students graduate with 5-year degrees in tourism, in which time, it seems some of the key things they have come to learn has to extract money from these objects, these “extranjeros” and quite little about the actual places they have been “studying” to lead tours to.

So while I am sure we have been guilty of many of our own blunders in interacting, I know that I am familiar enough with manners and customs here to know that we aren't doing anything terribly offensive when we interact. Nor are we unable to communicate.

This is a strong reflection on the people here, and of course, this is what we have experienced mainly as tourists here. I know that most Peruvians are kind and friendly, as we have seen with the few CouchSurfing experiences we have had. I place a great deal of value on the human interactions I have while traveling, and so the degraded ones I have experienced here have certainly shaken up my understanding of Latin America and left me feeling downright awful and sad.