“The City of Eternal Spring”

79 °F
View To the equator and beyond! on tltisme's travel map. 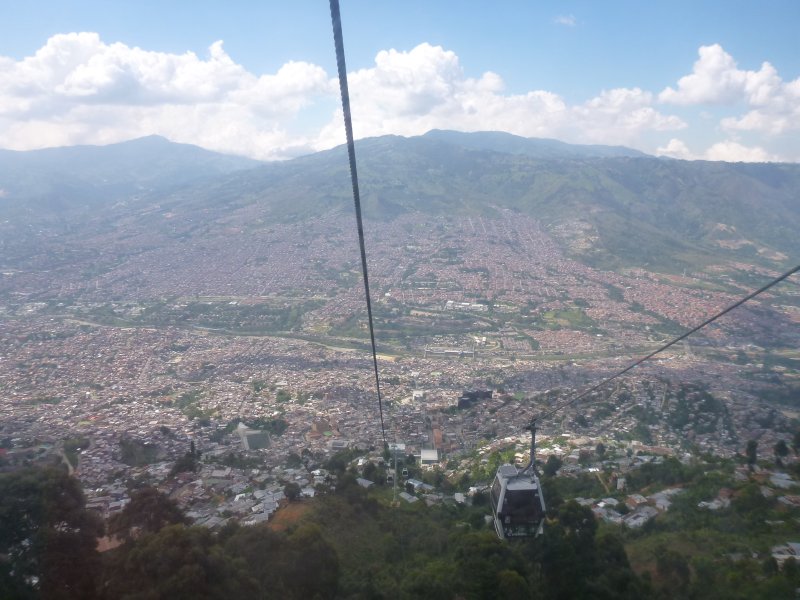 Medellin is an extremely nice city. At just under 5000 feet and less than 500 m from the equator it boasts a perfect climate, basically between 75 and 85 year round (short and t-shirt weather for a Maine boy day and night). The city has an exceptionally clean, modern, straightforward, and popular metro system, the best in Latin America, (allegedly possible through the wealth accumulated here by narcotraficantes) which includes three different metrocable (gondola) lines running up the mountainsides that the city has expanded into in all directions. Over the course of our five days there we rode all but three stops worth of the metro system and made sure to ride all the metrocable segments which were great (and cheap) entertainment. As the six person hanging capsules were whisked along you were given stunning views of the city as a whole while simultaneously allowing flyby perspectives into individual homes and neighborhoods perched on the hillsides. We visited some great parks, cheap restaurants (3 course set dinner for around $4), relaxing gardens, popular bars (my favorite boasted the best michelada, beer mixed with límon and salt, and served endless complimentary popcorn), interesting museums, modern malls (one with a huge aerobic dance class taking place at night that I have a great video of), and markets full of intriguing food, fruit, produce, and crafts. I was constantly impressed by the helpful and friendly people and often surprised by the apparent affluence and modernity. 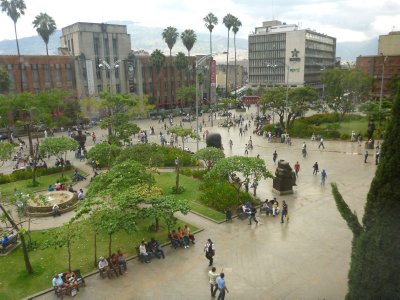 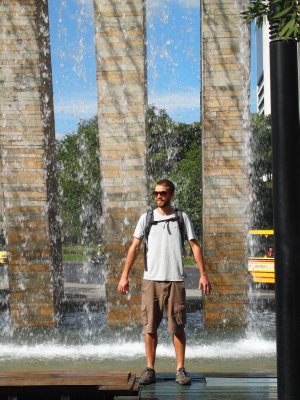 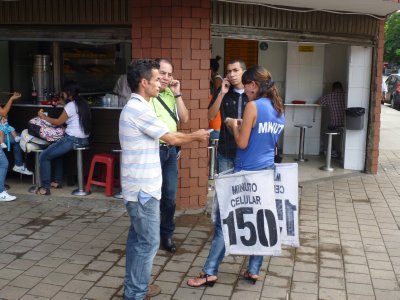 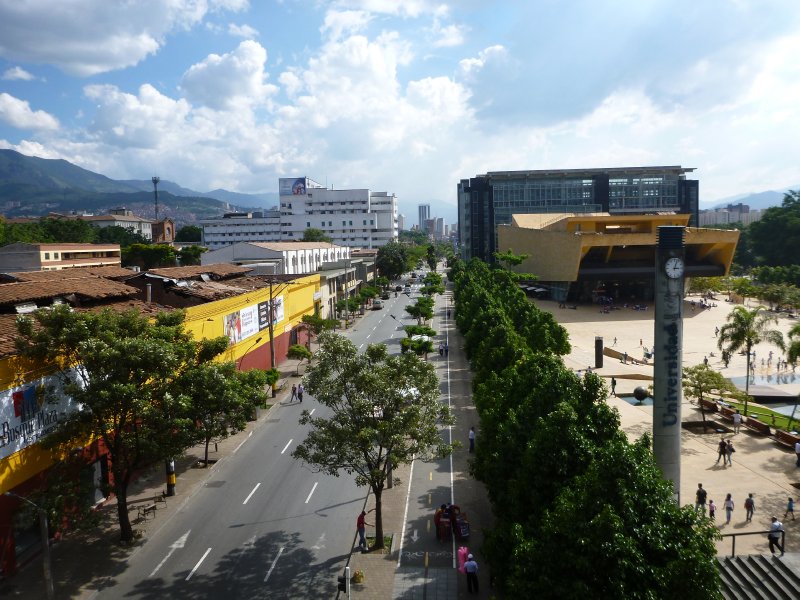 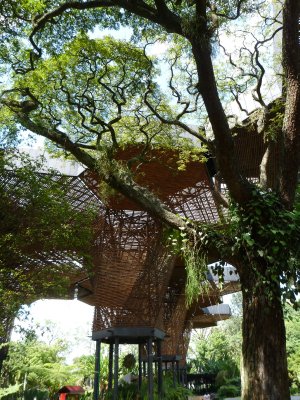 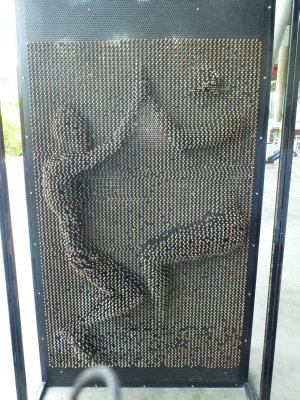 We CouchSurfed for the first time and it struck me daily how amazing and easy it was. CouchSurfing is an online network of people both offering and seeking lodging and/or social interaction with strangers. Amy and I had made an account this summer offering the cottage on Islesboro but did not receive any requests while we were available. There were many options in Medellin and we ended up staying with a Laura Fernandez (a recent graduate of Florida State University who is back in her home country with her father, applying for masters programs worldwide). Laura's father was head of the environmental and social consciousness division that he had created at EPM, one of the largest energy providers/utility companies in the world. Oscar Fernandez's coffee table and bookshelves were packed full of books by environmentalists, economists, and scientists about climate change and sustainable living and he and Laura had both attended the United Nations Climate Change summit in Durban, South Africa last year. I had recognized an elephant patterned fabric in the apartment as South African made and was intrigued to hear about the summit in Durban (which I had visited briefly in 2005 to meet the senior class trip from Islesboro). Amy and I were given the office/library room with a pallet on the floor for our five days there and allowed to come and go as we pleased. We ate our first dinner there with Laura and her father but mostly we had the place and kitchen to ourselves and considered the free lodging a sweet deal (not to mention the pool access we took advantage of one afternoon). CouchSurfing is larger than I thought and we have found many people listed in towns such as Otavalo, Ecuador. We are encouraged by our experiences with the network so far and will certainly look to continue finding hosts and people to meet along our trip. 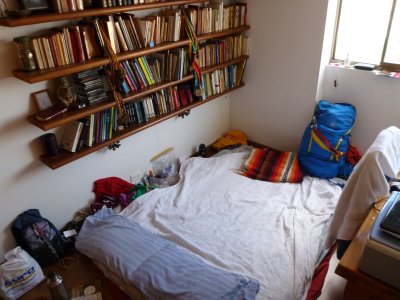 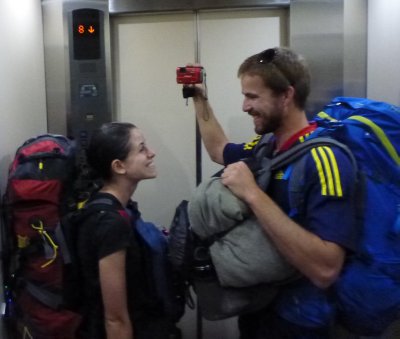